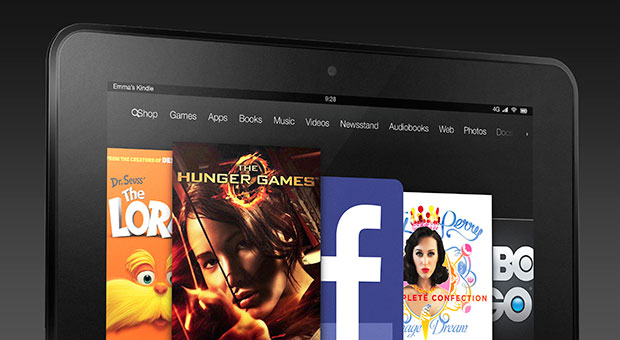 What does this mean for the Apple iPad and Google Nexus 7?

With the recent introduction of the Nexus 7 tablet from Google, tablet fans have more choice than ever before, and make no mistake, the Amazon Kindle Fire HD is a serious contender. With the likes of Amazon behind it, the Kindle Fire HD is a force to be reckoned with; building on the success of the Amazon Kindle and delivering what looks to be a slick multi-purpose device one can only wonder what this all means for Apple and Google.

So, are they worried?
Perhaps. Apple’s tablet market share may have reached as high as 69.6% in 2012 but Samsung (9.2%), Amazon (4.2%) and Google are steadily nibbling away and gaining ground. Google Nexus 7 sales are expected to reach 8 million in 2012, that’s a lot of tablets. Apple may have the lions share of the market, but to rest on it’s laurels would be a mistake they can’t afford to make; introducing the iPad Mini! Whilst not officially announced at the time of writing, the iPad Mini is born from what can only be described as an acknowledgement that unless Apple introduce a similarly priced tablet to market, they’ll see their market share slowly diminish.

We’d be kidding ourselves if we said the Kindle Fire HD is a direct like-for-like competitor to the iPad, it isn’t, not in the true sense anyway. The iPad has many pluses over the Kindle Fire HD (and a few minuses to boot) but Apple will continue to own the tablet crown. Google’s Nexus 7 is a compelling offering, and it will be (is) a success. 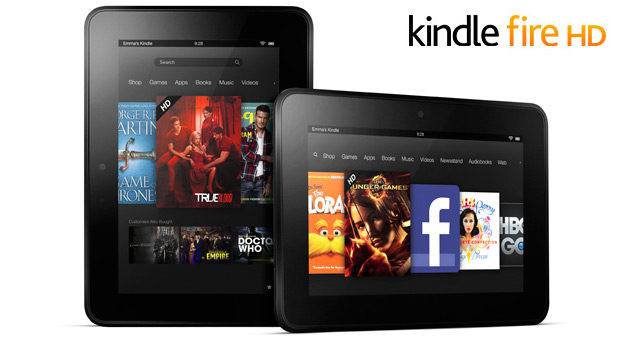 How does it compare to the Google Nexus 7?

Price
The Kindle Fire HD wins here simply because you get more storage for your money. Google and Amazon offer two versions of their respective tablets, both coming in at £159 and £199. But, with the Kindle Fire HD you get to choose from 16GB and 32GB of storage, compared to the Nexus 7′s 8GB and 16GB.

Displays
The Amazon Kindle Fire HD is closely matched with the Google Nexus 7, but it’s the Kindle Fire HD that takes the lead in some areas. They both have seven-inch, 1280×800 HD displays (with Gorilla glass no less) but Amazon has a trick up it’s sleeve. The Kindle Fire HD screen is designed to be less reflective and less prone to glare, a very good thing when you’re out and about during the day. Apple could learn something here; the iPad is no stranger to mirror-mirror-on-the-wall syndrome. The Kindle Fire HD also promises improved colour rendition and contrast when viewed at any angle, thanks to an advanced polarising filter applied directly to the LCD panel.

Operating System
Both tablets run Android v4: v4.1 in the Nexus and v4.0 in the Kindle Fire HD. You’d be forgiven for thinking the Kindle Fire HD operating system looks different from the vanilla v4 Android, and that’s because Amazon have added their own flavour to Android, resulting in a still-slick and attractive package. Naturally, we expect the Nexus 7 will receive Android updates and new releases much quicker than the Kindle Fire HD, but that’s to be expected.

Some suggest that to get the most from your Kindle Fire HD tablet, then you’ll best be served by signing up for a Amazon Prime subscription. This will cost you in the region of $80 per year ($40 for students), and for UK customers it’ll set you back £49 per year. To be fair to Amazon, those prices aren’t too steep as to put you off getting the most out of your tablet, especially if it makes the user experience a whole lot more cohesive and user-friendly. And if you’re an Apple user already, you’ll be all too familiar with their generally higher prices, App store, iTunes, etc.

Is the Amazon Kindle Fire HD for you?

That’s a very subjective question, but let’s put it this way. If you’re the kind of person who wants to choose from all the hundreds of thousands of Android apps already out there, wants to be able to dabble in all things Android OS, wants to have the latest and greatest version of Android, and salivate at the thought of throwing pretty much any app onto your tablet, then the Google Nexus 7 is for you. It’s cool, and what it does it does very very well.

If you’re after a tablet which is a little more consumer friendly and are willing to invest in and use Amazon Prime to get the best experience from it, then the Amazon Kindle Fire HD is for you. It certainly won’t disappoint. 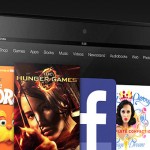