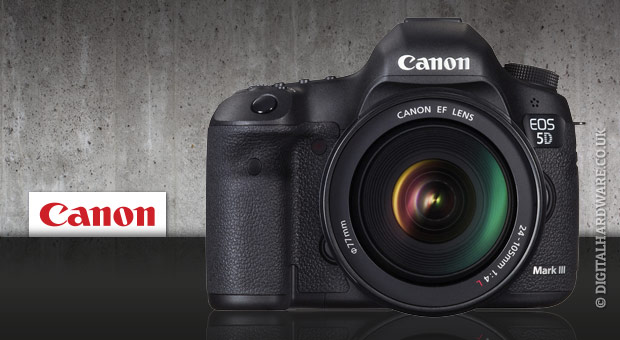 The sublime Canon EOS 5D Mark III digital camera is getting a firmware update to enhance video capabilities, video output and auto-focusing for still images, Canon has announced. But don’t rush to get it just yet though; the firmware update won’t be available until April 2013. Full details below (or visit our 5D Mark III review page to read more about this wonderful camera).

Following feedback from cinema and TV production professionals, the new firmware includes ‘clean’ HDMI output, enhancing overall video editing and monitoring procedures. Videographers will be able to output high-definition uncompressed video data (YCbCr 4:2:2, 8 bit) without any embedded icons or symbols, from the EOS 5D Mark III to an external recorder using the camera’s HDMI terminal. The new functionality will enable easier editing of data with minimal image degradation for greater on-site workflow efficiency during production, as well as the option to record to the internal memory card at the same time.

The new firmware also adds improved AF performance when capturing still images, opening up more advanced shooting possibilities for photographers. When using a lens and extender, resulting in a maximum f/8 aperture, the new firmware enables the camera to utilise the EOS 5D Mark III’s central dual cross-type focal points, currently only available up to an f/5.6 aperture. The new capabilities allow sports and nature photographers to use AF when getting closer to distant subjects, achieving precision detail when using telephoto lenses.

The free firmware will be available from April 2013 from http://software.canon-europe.com/

¹Functionality dependant on the specification of the external recording device