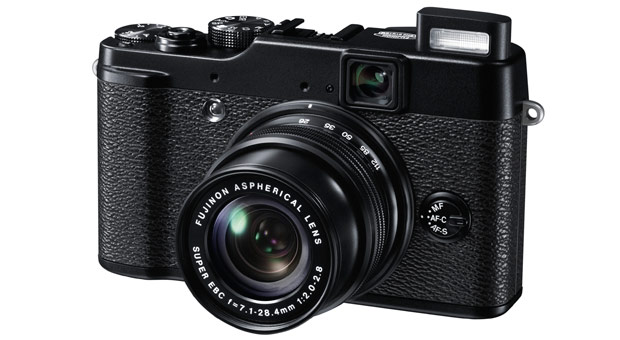 March 12, 2012 – Fujifilm has released a press release in response to the white disc phenomenon reported with the Fujifilm X10 compact digital camera and the Fujifilm X-S1 bridge camera. The white discs (or orbs) appear as strongly defined white discs in-place of bright lights or highlights. This is most likely to be a sensor fault, where specific bright points within a scene cause the signal on the imaging sensor to spill out into neighbouring photo sensors, resulting in a blooming effect. Read the press release below for full details and what to do if you’re an owner affected by the white disc phenomenon.

The FUJIFILM X10 and X-S1 digital cameras were made available by Fujifilm late last year, and have been generally very well received by customers, who admire the excellent picture quality, manual zoom lens and viewfinder.

However, we did receive some inquiries concerning the so-called ‘white disc’ or ‘blooming’ occurrence, where exceptional highlights in the picture can appear as strongly delineated rounded shapes. This ‘blooming’ effect can occur with all digital cameras which use CMOS sensors, to varying degrees.  It can also occur with the X10 and X-S1 when shooting in certain conditions, e.g. cars with front lights shining in dark night scene. The X10 and X-S1 are fitted with a very advanced sensor, which gives excellent picture quality and low noise, but which does give a different ‘blooming’ effect from other cameras.

Fujifilm has a long-standing history of delivering top quality products to the market. In response to our customers’ comments, we have worked hard to find an improvement to reduce the ‘blooming’ effect of the X10 and X-S1. Below are the actions we have undertaken.

In February, we announced a firmware upgrade for the X10 (version 1.03) which does reduce the white disc occurrence specifically in EXR mode. It works by identifying scenes that are likely to get ‘white disc’ blooming.  When the camera recognizes such a scene, it automatically increases the ISO and optimizes DR (dynamic range).  As the ISO increases, the white discs are less evident. * New firmware for the X-S1 will be available from March 21, 2012.

We will also develop a modified sensor, which will more universally resolve the ‘white disc’ blooming effect in all modes. We are working hard to make this new sensor available from late May 2012.

We encourage any customer with an X10 and X-S1 who has experienced the ‘white disc’ phenomenon to call their local authorized Fujifilm service centre.

Fujifilm is committed to delivering the highest quality products to the photographic community, and is happy to provide this improvement.