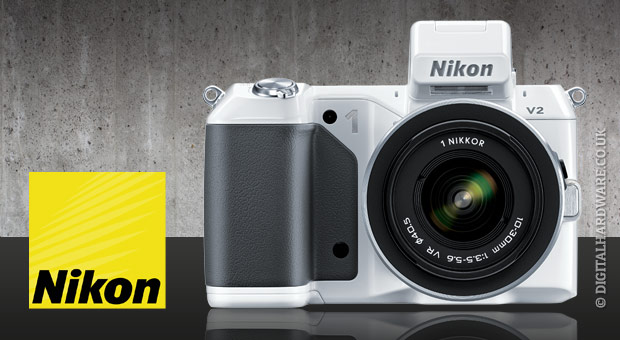 Nikon have announced the next generation model in their Nikon 1 V series in the form of the Nikon 1 V2 interchangeable lens compact system camera.

The Nikon 1 V2 packs a 14.2 million pixel 13.2 mm x 8.8 mm CMOS sensor (Nikon CX format), a built-in flash, electronic viewfinder (EVF), Live Image Control, and some innovative and useful new features, all in a small body, perfect for those wanting better performance and quality over a traditional compact digital camera (definitely better than) and (not quite as good as) a DSLR in a small package.

Amongst the new features include Slow View; this allows the camera to capture up to 40 full-size photos which it then plays back in slow motion. This allows you to select the perfect shot (frame) from the sequence of photos, and then by simply pressing the shutter button it saves the photo you selected, and discards the rest. This feature will prove very useful for capturing fast moving subjects, such as those found at sporting events, pets, and the younger members of your family. Check out the Nikon 1 V2 hands-on videos below to see this, and other features, in action.

Disappointedly, the Nikon 1 V2 doesn’t come equipped with WiFi, for easier file sharing and transfer, but all is not lost. Introducing the Wireless Mobile Adapter WU-1b (available separately). This very small plugin module allows the 1 V2 to communicate with smart devices, such as your mobile or tablet.

Coinciding with the announcement, Nikon have also introduced a new flash for the V series cameras, namely, the Nikon Speedlight SB-N7 flash. More about that in the Press Release below.

In summary, we believe the Nikon 1 V2 is a very worthy successor to the previous model, and with Christmas just around the corner (well, a few corners!) we can certainly see this little Nikon beauty being on lots of peoples wish list.

The Nikon 1 V2 is available in two finishes, black or white, and will be available from November 22, 2012.

TOKYO – Nikon Corporation is pleased to announce the release of the Nikon 1 V2, the latest addition to the V series of Nikon 1 advanced camera with interchangeable lenses that propose new forms of imaging expression. 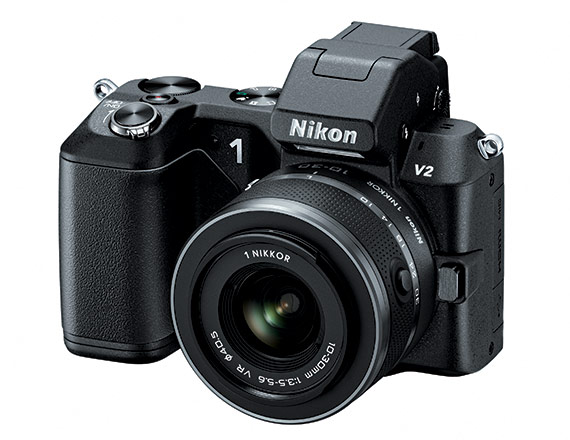 The V2 is the latest addition to the Nikon 1 V series and is an incredibly compact and lightweight camera with a built-in electronic viewfinder (EVF) and flash. Despite its small size, the V2 is also equipped with a number of functions that enable capture of images as intended, as well as those once-in-a-lifetime shots that have been difficult or impossible to capture with cameras available to date. It is the perfect camera for those who primarily use a digital-SLR camera, but want a very small, yet reliable, camera that is more portable than a D-SLR, as well as those advancing from a compact digital camera who still want auto shooting capabilities, but are ready to try applying and adjusting shooting settings themselves to achieve the desired results.

Equipped with the latest image processing engine, EXPEED 3A, and a CMOS image sensor with built-in super high-speed AF and offering an effective pixel count of 14.2-million pixels, the V2 provides users with a higher pixel count, as well as faster speeds and greater performance. The V2 is equipped with features such as an electronic viewfinder (EVF) and Live Image Control, which allows users to preview the effects of changes to camera settings in the camera monitor prior to shooting. It also supports direct application of settings and a new Slow View function, with which the camera captures a short sequence of still images and plays them back in slow motion, allowing the user to choose the frame that best captures the precise moment to be preserved. A number of other functions and features, including the advanced hybrid AF system, Motion Snapshot, Smart Photo Selector, and the full-HD movie recording function, have been greatly improved with the V2.

What’s more, the Wireless Mobile Adapter WU-1b (available separately) can also be used with the V2 for collaboration with smart devices. This allows users to easily upload photos exhibiting the superior image quality and resolution not possible with cameras built into smart devices to social networking sites for immediate sharing of those images with family and friends.

New features: Operation that allows for capture of the desired image with the intended results

The majority of shooting settings can be applied using just three controls–the mode dial, command dial, and feature button–on the top of the camera. Real-time operation using the electronic viewfinder (EVF) and camera monitor enables certain capture of the intended subject with the desired results.

Live Image Control (auto mode)
The V2 is equipped with live image controls that display the effects of each control in the electronic viewfinder (EVF) or camera monitor, allowing users to preview the results that will be achieved with controls, and adjustments to controls, prior to shooting. The camera offers four controls available for selection and adjustment, both of which may be previewed: Active D-Lighting (Off–High), Background Softening (Soften background–Sharpen background), Motion Control (Blur motion-Freeze motion), and Brightness Control (Darker–Brighter).

Direct application of settings (P, S, A, M exposure modes)
The command dial, which is operated by both rotating it and pushing it, can be used to immediately access camera menus to apply or adjust white balance, focus mode, AF-area mode, ISO sensitivity, Picture Control, and metering mode settings.

A built-in flash that supports i-TTL flash control, and an electronic viewfinder (EVF) with a shorter display time lag

The advanced hybrid AF system, which offers both excellent speed and accuracy
The V2 is equipped with the advanced hybrid AF system, which utilizes both focal-plane phase-detection AF and contrast-detect AF. The speed and capabilities this system offers can be clearly seen with certain capture of the perfect moment with a wide variety of scenes, from moving subjects, even those that move unpredictably such as children and animals, to dimly lit indoor scenes and night landscapes.

New function: Slow View for recording the perfect moment
The V2 is equipped with a new Slow View function, with which the camera captures a short sequence of still images and plays them back in slow motion so that the user can choose the precise moment to record as a photograph. When the shutter-release button is pressed halfway, the camera begins buffering still images and then plays them back in a continuous slow-motion loop at the speed of five times slower than normal speed. When the desired frame is displayed, the user need simply press the shutter-release button the rest of the way down to record that frame. This function is extremely convenient for capturing moving subjects with which it is difficult to properly time shutter release.

Motion Snapshot, Nikon’s exclusive form of imaging expression that combines a full-HD movie with a still image
By simply pressing the shutter-release button, this function records a still image and a slow-motion movie. With playback, the slow-motion movie plays for four seconds and the still image is displayed for six seconds for a total playback time of ten seconds of footage capable of expressing emotion. Motion Snapshots can be saved in MNS format, which saves the movie file (MOV) and still image file (JPEG) separately, or as a single MOV file.

Improved Smart Photo Selector
20 continuous shots are taken before and after the shutter-release button is fully pressed, and then the shots judged to be the best are automatically recorded. The version of this function built into the V2 is better at selecting the best shot with a number of improvements, including greater camera-shake reduction and improved detection of subject movement.

The new EXPEED 3A image-processing engine fully compatible with the superior image quality, and incredible speed and performance of the V2 and a super high-speed AF CMOS sensor

*Among interchangeable-lens digital cameras available as of October 24, 2012. Tested using the 1 NIKKOR VR 10-30mm f/3.5-5.6 at the wide-angle position in Single-point AF mode. Statement based on Nikon research.

The world’s smallest and lightest1 camera, designed with an emphasis on ease of use
Continuing with our basic Nikon 1 “minimal” design concept, the V2 is the world’s smallest and lightest*1 camera, measuring approximately 107.8 x 81.6 x 45.9 mm (W x H x D) and weighing approximately 337 g*2. Despite its extremely compact size, it responds to the needs of those who demand an authentic shooting experience with a built-in electronic viewfinder (EVF) and flash, and a large grip that ensures a firm hold on the camera.

*1Among interchangeable-lens cameras with a built-in electronic viewfinder (EVF) and flash as of October 24, 2012 according to Nikon research.
*2Measured according to CIPA guidelines, including standard lens, battery and SD memory card but without body cap 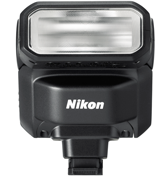 Specifications, design, product name and supplied accessories may differ by country or area. Specifications and equipment are subject to change without any notice or obligation on the part of the manufacturer. 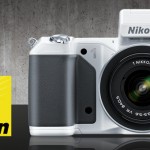 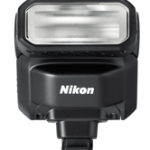 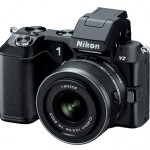