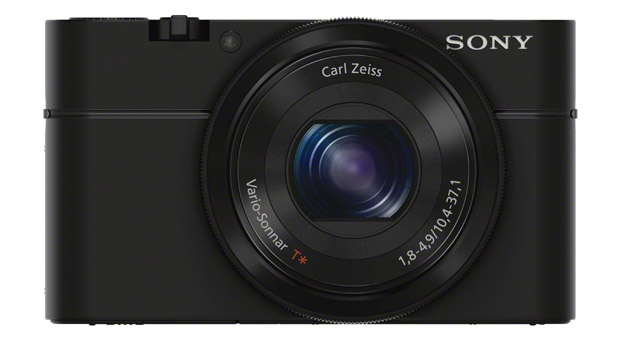 Perhaps following in the footsteps of the FujiFilm X100 digital camera (just take a peek at the Product Gallery below and check out the retro-styled holder, and what about the “x100″ reference in the name…hmm), Sony have announced the Cyber-Shot DSC-RX100 compact digital camera, firmly aimed at enthusiasts looking for a digital camera which offers more manual and creative control plus RAW shooting over traditional smaller compact cameras. 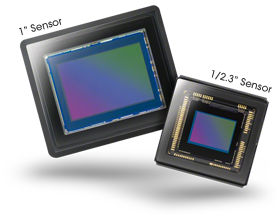 “Sony’s New Advanced Cyber-shot RX100 Camera Packs Large Sensor and Bright Lens into Stylish, Pocket-Size Body“,  Sony proudly announced. And who are we to disagree. Breathing life into the DSC-RX100 is a new Sony developed, world’s first 1 inch Exmor CMOS sensor, delivering a whooping 20.2 effective megapixels. The sensor has a surface area approximately four times larger than the 1/2.3-type sensors found in traditional point-and-shoot cameras. Couple all that scrumptious light-absorbing area with the 1.8 maximum aperture fixed lens (28-100mm equivalent with f1.8-4.9 aperture range) and the DSC-RX100 can shoot up to ISO 25600!

The Cyber-Shot DSC-RX100 can also shoot up to 10 frames per second (fps), certainly no slouch in that department, has a lens mounted control ring for quick and easy changes to settings (depending on the current shooting mode), image stabilisation, and can shoot Full HD movies at 60 fps. There’s more too, but why don’t you check out the link below to read more, plus key features and full specs, the full press release, product photos and a slightly quirky promotional video from Sony. Whoops, we’ve said too much already…